Silent Night and the Dawn of Grace 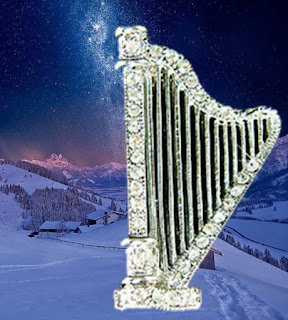 In 1818 the carol "Stille Nacht! Heilige Nacht" was heard for the first time in a village church in Oberndorf, Austria. The congregation at that Midnight Mass in St. Nicholas Church listened as the voices of the assistant pastor, Father Joseph Mohr, and the choir director, Franz Xaver Gruber, rang through the church to the accompaniment of Father Mohr's guitar.

On each of the six verses, the choir repeated the last two lines in four-part harmony. On that Christmas Eve, a song was born that would wing its way into the hearts of people throughout the world. Now translated into hundreds of languages, it is sung by untold millions every December from small chapels in the Andes to great cathedrals in Antwerp and Rome.

Verse three gives us a hint of the whole story. The birth of Christ is not all of the story…it is simply the beginning, the dawn of redeeming grace. When man was created, he disobeyed God’s commands and sinned. Ever since then, all men have been under God’s wrath and deserve eternal punishment.

But, by sending Jesus here to earth, God provided a substitute, someone to bear God’s wrath for us. This is what happened when Jesus died on the cross…He took the punishment that was due.

The story doesn’t stop there…then He rose from the dead, thus conquering death so that anyone who confesses their sin and gives their life to Jesus will also never die. Yes, we will all die on this earth but, if we are saved believers, we will live forever with Jesus in heaven after death.

So you see, the Christmas story is only the beginning of the powerful story of God’s glorious love to condemned sinners and the promise of glorious future with Him forever

Silent Night is on our Joyful Harps Christmas CD. It's also available at Amazon and iTunes.